Who's the tennis GOAT ?

Whatever sport you can think of, it consists of three types of participants: losers,

winners and legends. From Messi to Jordan and from Tyson to Kasparov: they are all

legends in their respective fields. The term G.O.A.T. has been floating around for

these last couple of years, but who’s considered to be the ‘greatest of all-time’ in

the world of tennis? Unlike football, tennis players solely rely on their own qualities.

If you have a bad day, you’ll struggle and vice versa. However, there are still a

dozen of angles from which you can at look at this question. Is longevity more

important than peaking or are head-to-head records a better reference point? We at

acquired in all these years and go beyond counting the number of Grand Slam titles won. 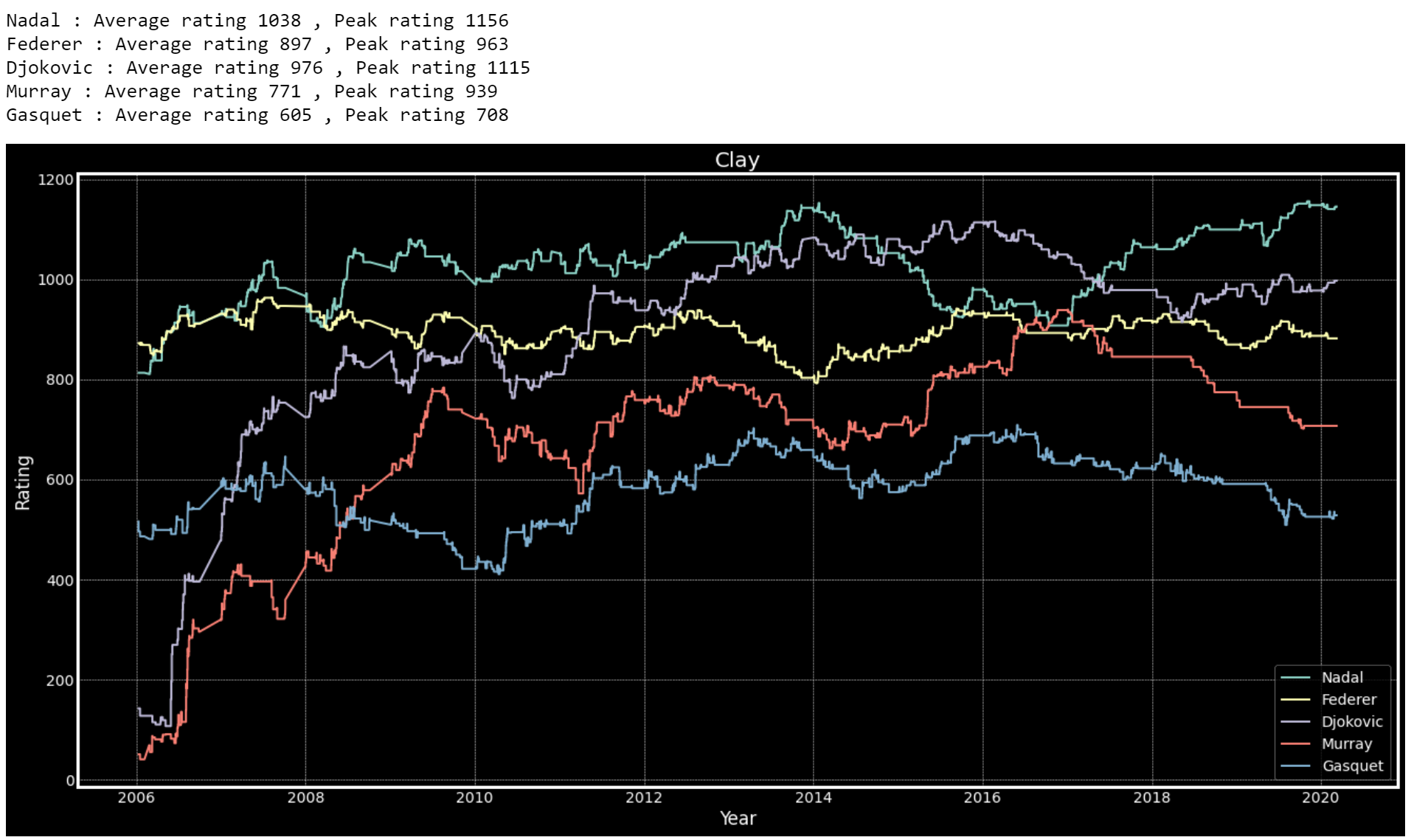 Above, you can see our participants in this research: Nadal, Federer, Djokovic and

Murray. Gasquet is included as reference point for a standard good player as he

a clay surface. His amount of French Open wins speaks loudly in his favor here. You

can see that Djokovic temporarily took over as best ‘clay player’, but Nadal

surpassed him around 2017 and has been increasing his lead since then. 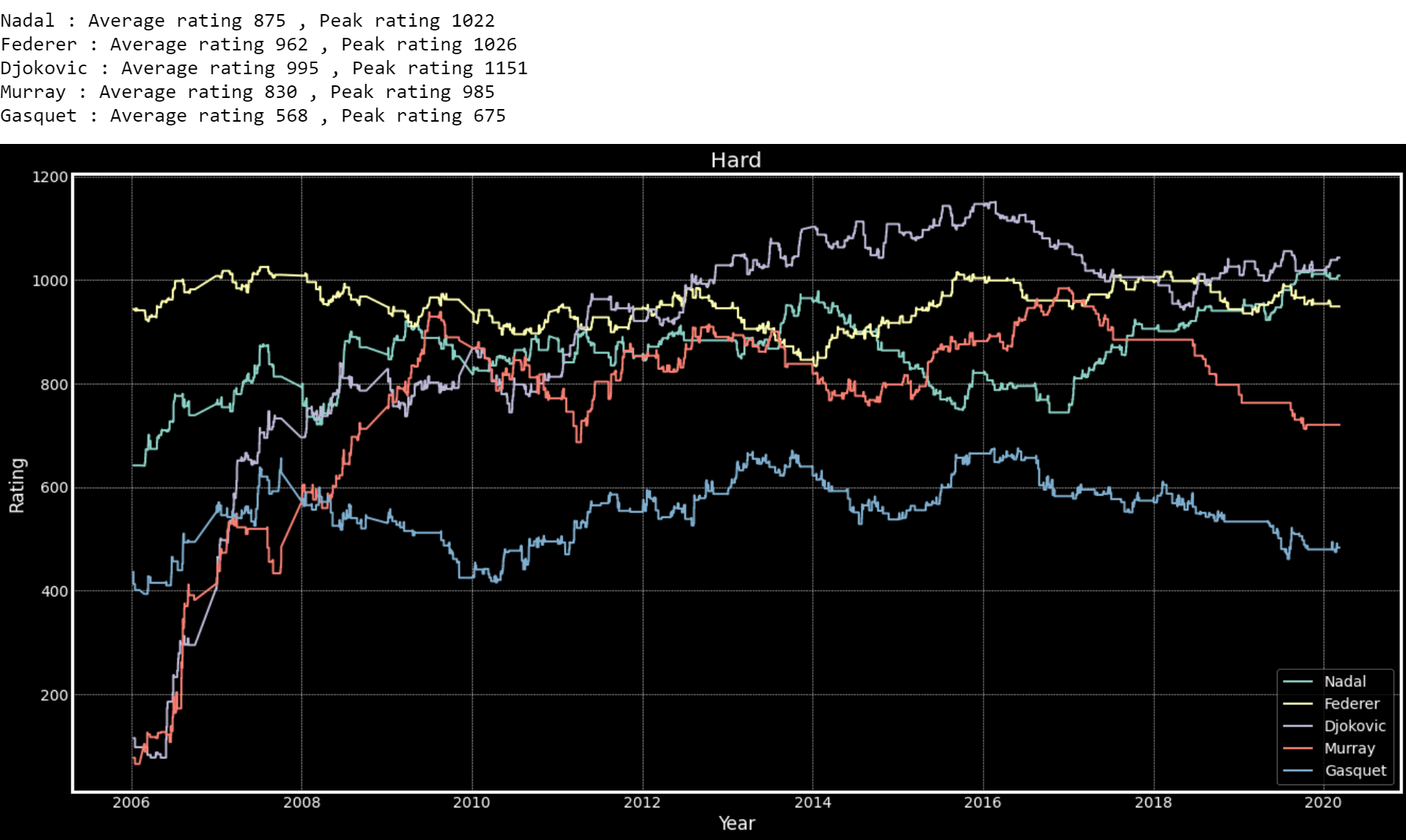 of rating for many, many years. But then Djokovic hit it out the park, peaking at a 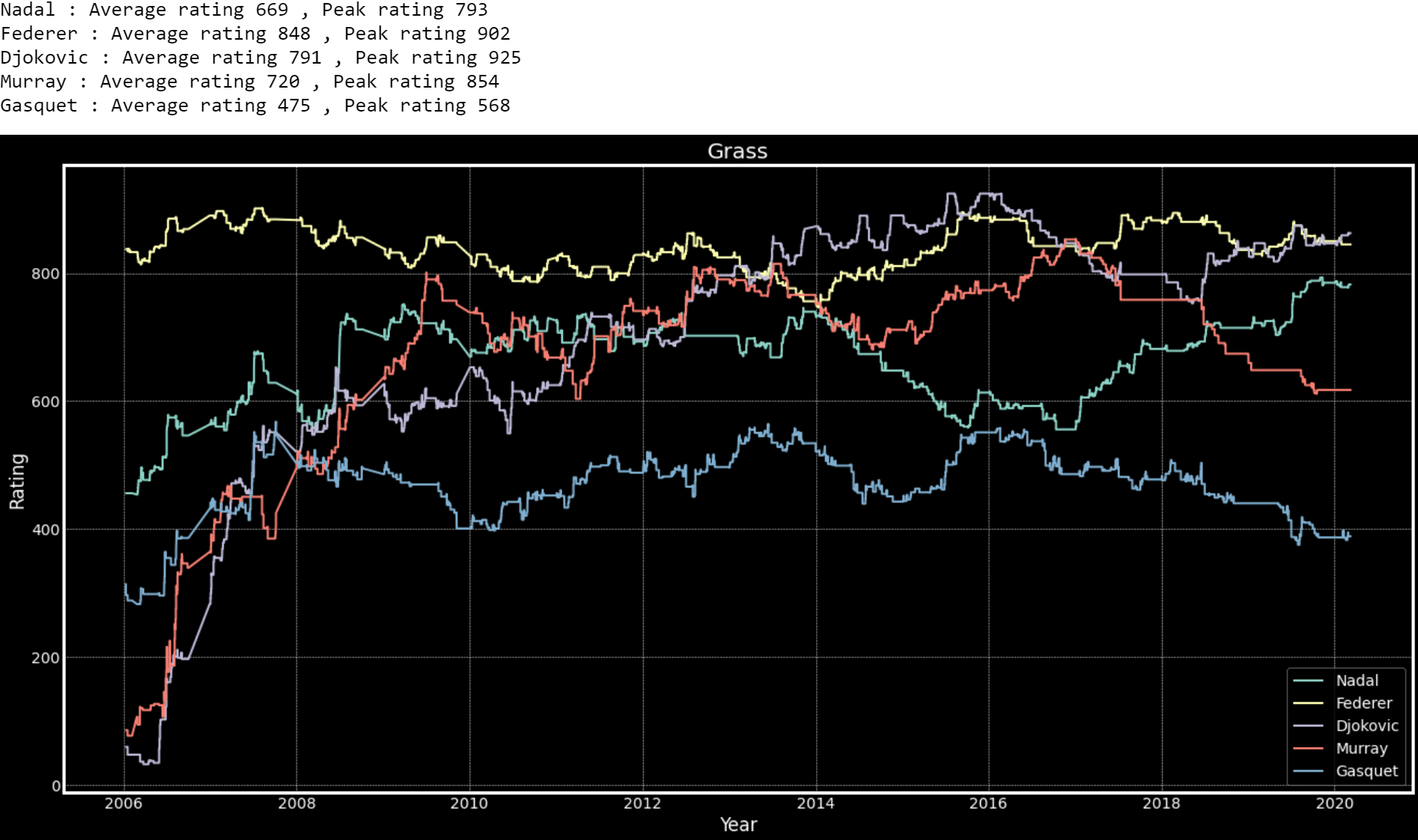 The rise and fall of Murray on this chart is crystal clear. Injuries held him back and

have been for a long time, but look at his upcoming. The Englishman peaked at 854

on ‘grass’, something Nadal (793) could only dream of. Another interesting thing is

the consistency in which Federer performed; from start to finish, his level of play has

been stunningly good with an average rating (848). His average is higher than 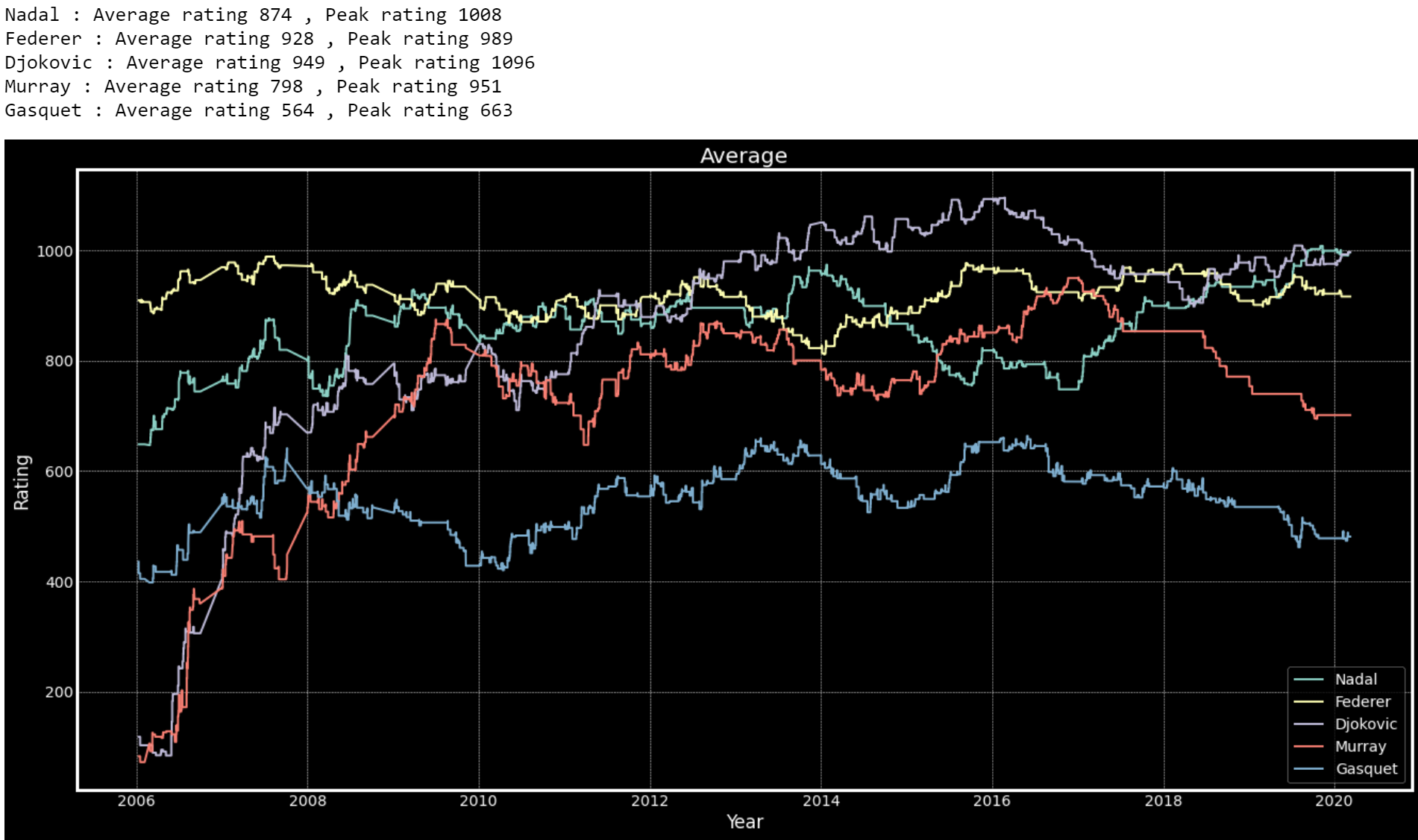 Djokovic (average of 949), is our best tennis player with Federer (928) following him

very closely. The peak of Djokovic around 2015 and 2016 certainly contributed to

his ‘GOAT-title’. But lately, Djokovic has been tumbling down a bit, with Federer

incredibly consistent and Nadal slowly rising in rating; making it a three-horse race

once again. All three aren’t getting younger unfortunately. Our Swiss participant is

the oldest of the three with 38 years, Nadal follows at 34 and Djokovic is the

youngest at 33. Their era won’t last forever, but their level of play has been a sight

to behold. Our G.O.A.T is Djokovic, but Federer and Nadal also have a special place